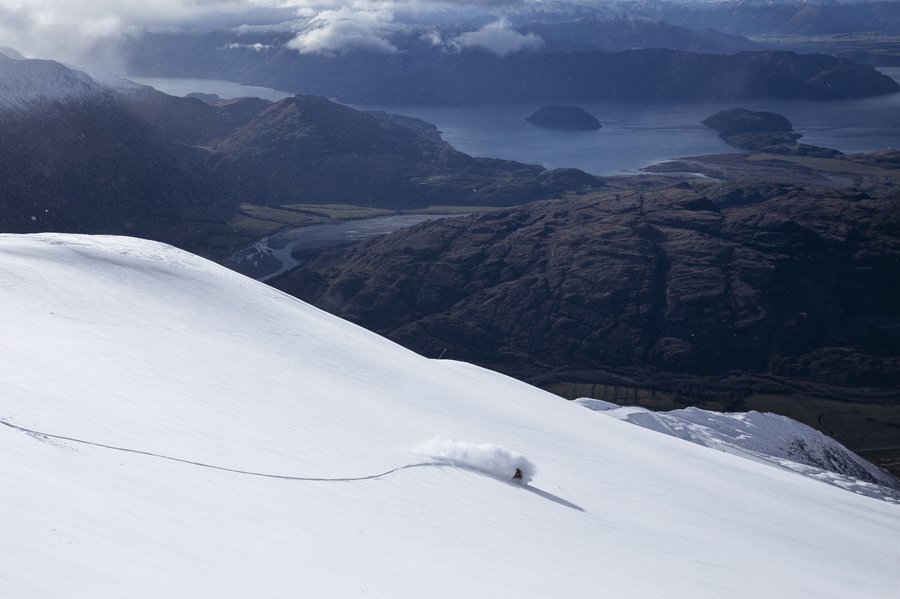 Cardrona Alpine Resort and Treble Cone will become a dual-mountain offering operated under ‘Cardrona Alpine Resorts’, following the acquisition of Treble Cone at the end of January 2020. The highly anticipated move continues Cardrona’s expansion after it was purchased in 2013 by Wayfare Ltd (formerly the Real Journeys group of companies). Since then, on average, $10M per year has been invested to enhance the resort’s snowmaking and all its facilities. It became the first alpine resort in New Zealand to build a beginner’s conveyor lift tunnel followed by a high speed chondola (a gondola and chairlift combination). The base building is being entirely ‘upcycled’ in a five-year programme to make better use of space and improve customer flow. Cardrona itself is also set to become the largest single ski area in New Zealand since acquiring the ski area rights for Soho Basin (the Queenstown-facing slopes of Mt Cardrona). A combined (900 hectare) Cardrona-Soho ski area will be developed in the next couple of years.

Preparation has already started for this winter over at Treble Cone with power upgrades and additional snowmaking capacity.

All single and multi-day passes will be valid at both Cardrona and Treble Cone and all Unlimited season passes now offer access to both mountains for winter 2020 at no extra cost. For guests who only want to ski or snowboard at Cardrona in Winter 2020, the Cardrona Saver season pass (which excludes the July NZ/Australia school holidays) is still available.

Cardrona Alpine Resorts General Manager Bridget Legnavsky says the two ski areas have a unique offering and will maintain their own distinct brands. “With Treble Cone’s steep terrain and stunning views, and Cardrona’s approachability and terrain park offerings, these two mountains have their own wairua (spirit or soul) and voice. They are complementary and completely different – and we want to celebrate those differences.”

Cardrona opens for winter 2020 from 6 June to 18 October (the longest season in New Zealand's Southern Lakes region) and Treble Cone is set to open on 27 June.

With Treble Cone’s steep terrain and stunning views, and Cardrona’s approachability and terrain park offerings, these two mountains have their own wairua (spirit or soul) and voice. They are complementary and completely different – and we want to celebrate those differences.